Council has approved a proposal by Parthenon Enterprises Pty Ltd to build a new 5 star hotel on the corner of Racecourse and Lancaster Road in Ascot.

The project entails the development of a mixed use centre, consisting of 62 hotel rooms and 17 commercial tenancies spread across a 5 storey and a 3 storey building, with roof decks. The development, which has been designed by Hayes Anderson Lynch includes a rooftop pool and bar which is connected to the main building via a sky bridge. Also included is a laneway which will house some of the 13 retail tenancies at ground level including restaurants and bars. Following the implementation of The Racecourse Precinct Neighbourhood Plan, the Ascot Racing Club area will soon be home to a flurry of new development, with buildings up to 15 storeys allowed under the plan.

This site currently contains an existing single storey multiple occupancy retail building, which is to be  demolished prior to the development. 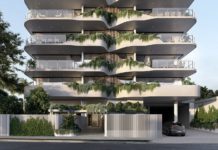 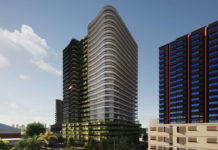