The consortium will own and operate the nine storey car park in a move believed to bolster car parking numbers during the construction of the massive casino resort precinct which is located just 130 metres from the site.

The transaction was negotiated by Knight Frank’s Ben McGrath and Justin Bond in conjunction with JLL’s Geoff McIntyre and Seb Turnbull, on behalf of Seymour Property Group. The property was sold individually after being marketed as part of a portfolio of three assets late last year.

According to Knight Frank’s Ben McGrath, Managing Director, Queensland, “The car park offered investors a unique opportunity in the heart of Brisbane’s CBD, rarely available to the market.

“With the car park currently leased short term to Secure Parking Australia, it provided investors with the opportunity to acquire the facility either as a leased investment or for owner operation”.

“The large 1,835sqm site also provides future development potential, and with the recent announcement of the Queens Wharf development and major infrastructure earmarked for George Street, this will only enhance the value of this precinct,” said Mr McGrath.

“Our international marketing campaign identified a large number of domestic and foreign investors, and we were pleased with the number of HNWI (high net worth individuals) interested in purchasing the property.

“The proposed Queens Wharf project holds appeal for many foreign investors for existing assets in this precinct, especially Asian investors, who are attracted to the benefits of the future casino, hotel, retail and transport amenity earmarked for the area.”

As Brisbane’s only inner city standalone car park, the nine-storey complex includes 429 secured parking bays and a small retail tenancy leased to Hertz Car Rental. The Purchase included the majority ownership of the asset which included 412 car bays and the retail tenancy improvements. The property is located in the core of Brisbane’s midtown precinct along Charlotte Street, approximately 500 metres south-west of Brisbane’s GPO, and benefits from close proximity to the iconic Queen Street Mall and Treasury Casino.

45 Charlotte Street is also ideally positioned adjacent to the future Queens Wharf development; the highest profile and most significant development in Brisbane since South Bank was completed in 1988. 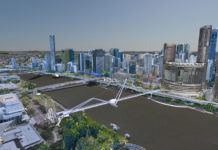