Thank you for taking time to send our leaders an email. The below is a snapshot of what will be sent to the Lord Mayor and Deputy Premier.

I am emailing to express my concern about the inaction of urban rail funding in Brisbane.

In the next 15 years an estimated one million more people will call Brisbane home, and we need to ensure we stay ahead of the game. We are now trailing most major Asian cities when it comes to mass transit infrastructure. Brisbane needs a strong, common sense bipartisan urban rail plan.

The addiction to buses must end. While buses serve a short-term purpose they are never a sustainable or future proof transport mode for a rapidly densifying city and should never be solely relied on as a form of mass public transit. Here are some reasons why:

– CAPACITY. Buses don’t allow for many people. Your average Brisbane Transport bus seats around 38 passengers and has a total capacity of between 70-80 people. Compare this to one of the new G:link Bombardier Trams on the Gold Coast which seats 88 people and has a maximum capacity of 309 passengers. For a growing city like Brisbane, future proofing high growth areas with adequate capacity is extremely important, otherwise we would need another Victoria Bridge just to cater for additional buses.

– BUS CONGESTION. Bus congestion in the CBD is acute, and this is primarily due to the low capacity nature of buses and lack of interchange bus hubs feeding CBD bound buses. 600 buses per hour entered the CBD in the AM peak in 2011 (220 in Adelaide St). Under the business as usual scenario, this is expected to rise to 1,070 in eight years.

“In theory, both bus rapid and light rail could meet the expected demand. However, theoretical passenger capacity of the bus rapid and light rail systems was then assessed against what was actually practically achievable. It was found that a bus rapid system was unlikely to cope with passenger demand without significant enhancements to the system, for example overtaking facilities at all stations, grade separation of the system and/or full priority at all intersections. These enhancements were not considered cost effective or appropriate for the Gold Coast Rapid Transit project due to the significant level of impact on properties and the traffic network that would result.”

– A MODE PEOPLE WANT TO RIDE ON. This concept is very simple. Numerous research papers and publications have concluded that overwhelmingly, people prefer riding rail as opposed to buses. Why? As no real data is available to explain this, some interesting points below might help:

– Urban rail systems shape a city positively. Well-conceived urban rail systems do much more for a city besides move people from point A to point B. As fixed-rail transit, they uniquely shape urban land-use, development, and growth patterns. The “streetcar effect” serves to stimulate desirable development along the line. In fact, streetcar lines shaped how most American cities (including Austin) developed in the early 1900s. A streetcar system’s power to affect land-use patterns will never be shared by buses; the public investment in streetcar rails along a fixed route is an assurance of permanence. Developers and investors need to mitigate risk; they get no help from a bus route, which could move or disappear overnight.

– Getting people out of their cars requires enticing “choice riders” people who own a car but choose to use transit instead. Everyone knows it, so let’s say it: Buses lack sex appeal and yuppie appeal. In our image-conscious culture, who wants to ride the bus? Yet in cities around the world, people love taking the streetcar. Maybe it’s our happy association with the choo-choo trains of childhood whatever, it works.

– Urban rail is green transportation. All the enviro-reasons that mass transit is preferable to cars for clean air quality, for environmental sustainability, for climate protection apply equally to urban rail.

– Urban rail attract tourists, conventioneers, and visiting grandchildren as fun “transportainment.” A city’s visitors, tourists, and convention attendees can be counted upon to deliver a steady base of riders provided that the urban rail conveniently takes them where they want and need to go.

– Urban rail systems are also a cost-effective investment over decades. Trains and trams last at least 30 to 50 years and can be refurbished for another 50 years of service. Buses, by contrast, wear out after eight to 12 years. Plus, tracks don’t require the constant maintenance and expansion of roads.

Over $12.6 billion has been spend on road infrastructure in the past seven years and still continues.

What will make Brisbane a true ‘new world city’:

– Secondary solutions would be to introduce light rail transit onto our busways which serve suburban based hubs. Busways which have fortunately been designed to be converted to LRT would dramatically boost passenger capacity as well as transit mode desirability. The conversion would also result in new growth and rejuvenation opportunities for so many existing inner urban nodes.

Lets make 2016 and 2017 the planning years for a solid bipartisan supported mass transit plan, because we all want Brisbane to flourish.

Please input your details below to send an automated email.

Alternatively you can email our leaders directly: 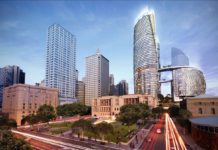 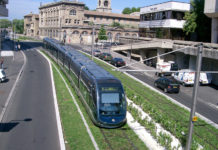 Brisbane To Struggle Without Rail Investment