Construction is under way on the riverside building Enclave in West End, with 75 per cent of sales in the first stage Orleigh Residences sold in less than four months.

Pradella Sales and Marketing Director Lee-Anne Kielar said Enclave was proving incredibly popular with local owner-occupier buyers, many of whom had missed out on the company’s nearby landmark residential, shopping and dining precinct Montague Markets.

“With 75 per cent of apartments in the first stage sold since the project hit the market less than four months ago, the result has been nothing short of spectacular,” said Ms Kielar.

“The demand for luxury inner-city southside apartments is booming and follows on from our success at Montague Markets, which created an extensive waiting list of local buyers.

“At Enclave, the focus on wellness and tranquility in one of West End’s most private yet well connected locations presents as an immensely appealing opportunity.”

The demand for Orleigh Residences is expected to see the second stage of Enclave, a boutique apartment building of 70 dwellings to be known as Davies Residences, released months ahead of schedule.

According to developer Pradella, the project moves away from traditional floor plans, many apartments incorporate an additional multi-purpose room, while separate laundries, extensive storage, and “mud room” entry features are all hallmarks of the project.

The resident-only amenities include a wellness and fitness centre, lagoon pool, sun decks and lush subtropical outdoor tranquility zones, along with a stunning rooftop “Eden” terrace for entertaining. 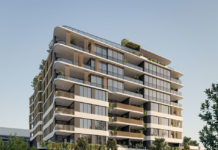 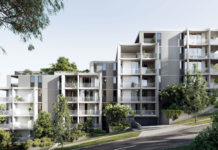