The Asia Pacific Architecture Festival (APAF) has announced its return to Brisbane from 7 to 20 March 2020.

APAF is a collaboration between founding partners Architecture Media and State Library of Queensland. The festival will deliver an exciting program of exhibitions, installations, symposia, lectures and workshops that promote and celebrate architecture’s contribution to the culture, sustainability and economy of the Asia Pacific region.

At a time of extreme environmental challenges, water plays a significant part in the growth of urban and rural regions. APAF 2020 explores the theme of “Water” and its relationship with all people, from every corner of the Asia Pacific.

State Librarian and CEO Vicki McDonald says architecture has a major role in preparing our urban and suburban regions for climate change. “We each have a relationship with water, as an identity or memory, but first and foremost as a necessary resource,” says McDonald.
“Similarly, architecture touches our lives in different ways, and is central in planning for our future.’

We are thrilled to hear from talented architects, designers and planners at APAF 2020, on their innovative responses and ideas around water across the Asia Pacific region.”

Architecture Media Editorial Director Katelin Butler says architects are fundamental to the health and wellbeing of our communities. “The impact of climate change is felt strongly in the Asia Pacific region, and this year’s theme of “Water” will address some of the ways that architects and designers are responding to environmental issues such as flooding,” says Butler.

“APAF 2020 will appeal to anyone interested in the future planning and design of the Asia Pacific.

We’re excited to bring APAF back to Brisbane to continue these important conversations.”
Returning for its fifth year, APAF has established itself as an important event on Brisbane’s cultural calendar. Highlights of the 2020 program will include knowledge sharing and inspiration from high- calibre architects working in the Asia Pacific region, featuring speakers from India, China, Japan and Thailand.

The program will be announced shortly and is curated by The University of Queensland’s School of Architecture Dean Cameron Bruhn and Graduate of Architecture Georgia Birks. 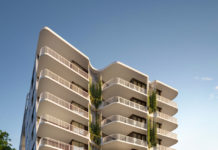 Mosaic to release second Toowong project in under six months 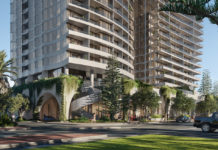 The Mondrian Launches in Burleigh Heads 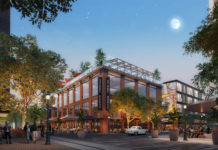 Sekisui House Investing $4B in Queensland