The Labor Government has released details about major plans to expand South Bank around the river to Hockings St, South Brisbane. The plan has been in the making for around six months and is called ‘South Bank 2’.

Premier Anna Bligh said “we have a vision that can make the Queensland capital one of the most people-friendly river cities in the world,” she said. “We are on the cusp of unprecedented prosperity in Queensland and our job is to guide private investment in ways that can benefit all Queenslanders.”

It is understood that the 27ha expansion of South Bank will be controlled by the highly successful South Bank Corporation.

South Bank 2 will require the resumption of private industrial land along the river including the Parmalat site which is to be purchased by the government. The project will be cash neutral which means that it will come at no cost to taxpayers as residential and commercial development will be included to offset costs.

The project is said to include: 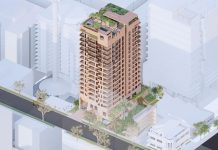