New vision has been unveiled of Brisbane City Council’s planned $58 million Indooroopilly Riverwalk project which is set to connect the Western Freeway Bikeway and the University of Queensland aiming to take cyclists onto a dedicated cycleway.

The five-metre wide elevated riverwalk would include a walkway and dedicated bike lanes as well as a new pedestrian and cycle crossing point to Coonan Street at Westminster Road.

According to Council, the riverwalk will significantly improve active transport through the area, by providing a safe route from Twigg Street to the Jack Pesch Bridge and the Indooroopilly Rail Station, with additional connections to Radnor Street and Riverview Terrace.

A viewing platform would be created along the new riverwalk for access to views of the Brisbane River and the Walter Taylor Bridge.

Following a tender period in 2019, Georgiou Brady Joint Venture was the successful tenderer to undertake construction of the riverwalk.

Construction is scheduled to commence early 2020 with completion expected in late 2021. 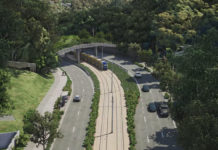 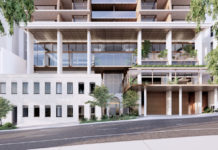