The first, located at 92 Kingsford Smith Drive, is 1792sqm and had sat vacant for a number of years and was sold via an expression of interest campaign led by CBRE Director of Metropolitan Investments, Mike Walsh and CBRE Senior Manager, Michael Platsis.

The second, sitting adjacent at 80 Kingsford Smith Drive, is a 1493sqm site and was acquired off-market from a different vendor, giving Gurner a combined 3300sqm site with uninterrupted views over the river to the CBD skyline.

Gurner purchased the sites in September and October respectively with plans to transform them into a combined luxury apartment precinct, which will deliver another 280-odd apartments and add another $170million+ to the developer’s portfolio, which is now increasingly geared towards Brisbane’s inner suburbs.

Located in one of Brisbane’s most affluent areas where apartment stock is limited and the median house price currently sits at $1.175m, Gurner founder and developer Tim Gurner said the project would deliver a luxury two-bedroom, two-bathroom offering for roughly 40 percent under the suburb’s median value.

“ These sites present an incredible opportunity due to their incredible and never-to-be-built-out views over the Brisbane River and CBD, coupled with the sites’ ideal position just three kilometres from the city centre.

“ The sites fall into our development model which identifies prime sites within a 1 to 3 kilometre radius of the CBD with great amenity and of an iconic nature, so for us there was no question of ‘if’ – we knew it was the perfect opportunity for us to build on the luxury offering we have already delivered at FV and create something truly iconic on the river.

“ This project will be viewed by almost everyone who visits Brisbane’s CBD from the airport so we have employed Elenberg Fraser again to create something truly iconic that Brisbane residents can be really proud of.

“ This new creation will be something truly unique and like nothing the market in Brisbane has seen before, taking its inspiration from the shape of the sites and the river at its doorstep.

“ Brisbane has really embraced apartment living, in particular opportunities with views of the CBD and towards the river, so this has allowed us to focus on the owner occupier market and create something truly special.

“ We were also drawn to Hamilton due to its strategic location close to Brisbane’s freeway network which leads to the airport, as well as the recent announcement to upgrade Kingsford Smith Drive which will reduce congestion significantly.

“  With the suburb’s median house price currently sitting at over a million dollars, coupled with the area’s reputation as one of the most sought-after and tightly held locations along the river, we think there is a real opportunity to deliver luxury apartment offerings that capitalise on all Hamilton has to offer as a suburb, at an attainable price-point,” he said.

CBRE’s Director of Metropolitan Investments, Mike Walsh said the sites offered a unique opportunity to deliver a luxury apartment project in an area of Brisbane where competitor stock is limited.

“ Both 80 and 92 Kingsford Smith Drive warrant an iconic development given the high exposure position and view corridors.

“ We are pleased to have negotiated terms with Tim as I have no doubt Gurner will deliver another statement project underpinned by high quality design and luxury finishes.

“ If you look across Tim’s portfolio, the consistent theme between his projects is luxury and architectural foresight. From a personal perspective I am excited about this site’s potential and can’t wait to see the final product delivered,” he said.

Gurner will now embark on a pre-planning and design process with the project slated to launch to market in early 2016. 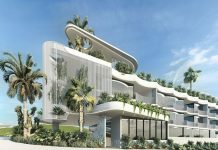 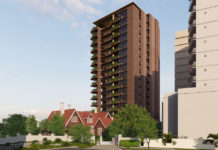 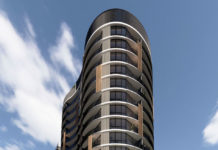