Plans are being prepared for submission to Logan City Council for a $160 million mixed-use development in Springwood which will feature the region’s first four-star hotel along with a cinema complex, medical centre, gymnasium, serviced apartments, residential apartments and a substantial restaurant focused retail complex.

The project is aimed at providing the region with a quality version of the Fortitude Valley’s Emporium styled development.

According to the developer, it will be a substantial development and a statement that Springwood and Logan City have not been forgotten in SEQ’s future population growth and economic development. Once completed, Logan City residents will no longer have to travel to Brisbane or the Gold Coast for quality restaurant offerings with the provision of this one stop entertainment and accommodation destination.

Mr Kidd said updated plans to be lodged allow for a 10-level mixed use complex on the hill-top location, which has excellent exposure to the Pacific Motorway and coastal views.

“The developers are planning a cinema complex of between 2,500 sqm and 3,000 sqm,” said Mr Kidd, who will also be marketing the new development for sale.

“The plans also include an 80-90 room hotel, more than 100 residential apartments and 2,700 sqm of restaurant space. With up to 20 restaurants at the one convenient location, it is our intent to offer a gustatory wonderland to Logan’s residents.  Easily accessed from both sides of the M1, on-site parking for almost 600 cars will be provided over five levels for patron’s convenience.

In April 2012, the Logan City Council granted preliminary approval for the development of a mixed-use project on the site.

Mr Kidd said the developers are seeking final approval for the $160 million development of about 15,000 sqm of mixed-use floor space.

“This development is ideally positioned in the fast population growth corridor suburb of Springwood,” he said.

“The Springwood commercial precinct is one of several major commercial precincts which make up Logan City, though the only one which has direct exposure to the large volumes of traffic travelling between Brisbane and the Gold Coast.” 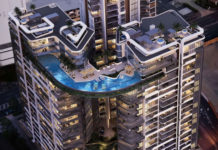 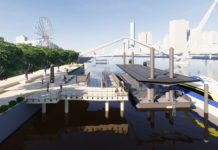